A Career Lost, but Not a Way of Life 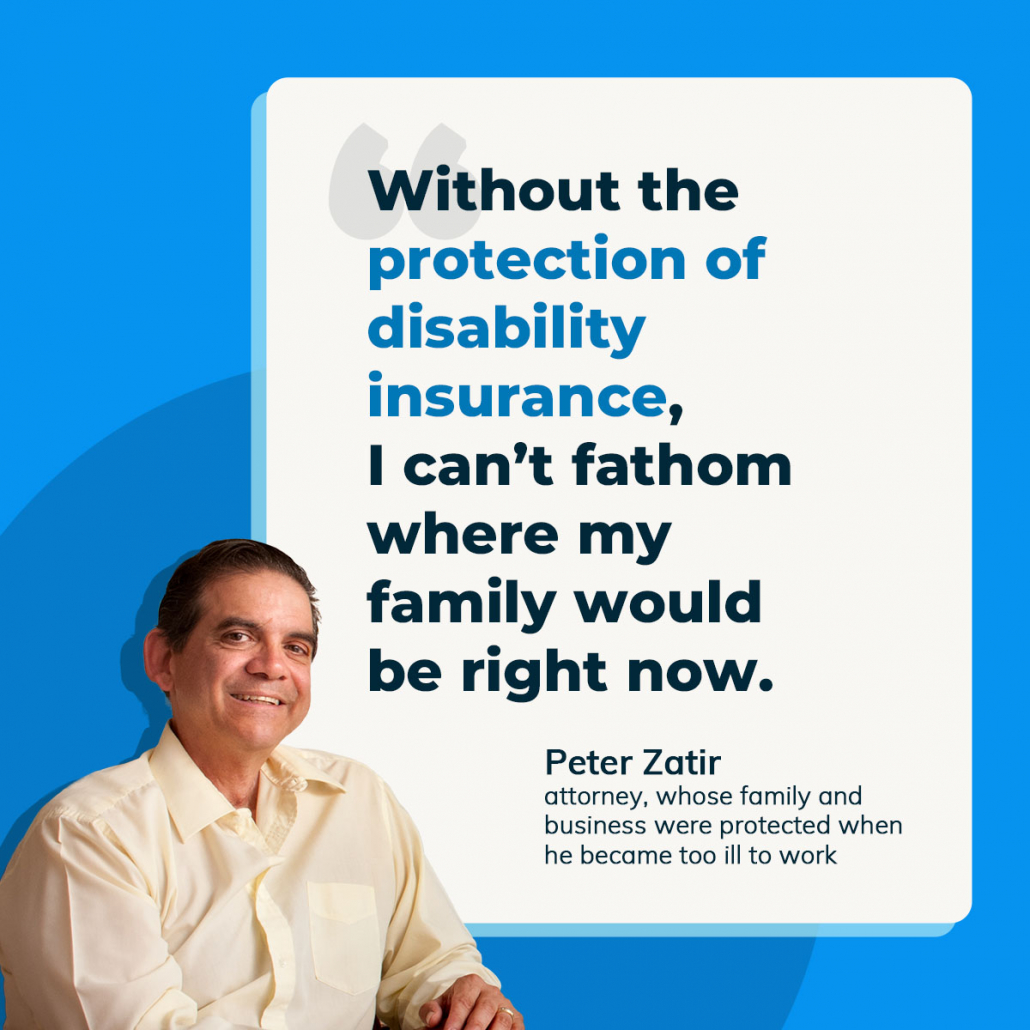 At 45, attorney Peter Zatir attributed the fatigue he was feeling to middle age. Add to that a busy law practice and five active kids—the youngest just a year old—and it’s easy to see how he could have written off the early signs of a serious illness. When he finally visited his doctor, the diagnosis was grim. He had an aggressive form of thyroid cancer and was given less than a year to live.

As Peter lay awake at night, his financial situation was one thing he didn’t lose sleep over. When Peter and his partner opened their law practice, they knew they needed insurance advice and turned to Brent Kimball, CFP, CLU, ChFC, who convinced them to protect their incomes and the business with disability insurance.

A Plan To Protect

Shortly after Peter stopped working to focus on fighting his disease, the individual disability insurance policy he purchased began paying a monthly benefit. A year later, Peter had outlived his prognosis, but knew with a damaged larynx that he could never return to the courtroom to litigate cases. Because the partners had set up a buy-sell agreement and funded it with a disability buy-out policy, Peter was compensated for his half of the business, and his partner became the sole owner.

An experimental drug reduced Peter’s tumor, which surgeons were then able to operate on. Now, almost six years after his diagnosis, Peter is doing better, and has been able to maintain his family’s standard of living. He continues to receive benefits from his individual disability policy, and his retirement is being funded thanks to an additional disability policy he had in place for that purpose. “I dread where we would be today if I hadn’t taken Brent’s advice,” he says.