Is Your eBike Insured? It may not be!

In 1895, the United States Patents Office granted Ogden Bolton Jr. a patent for a battery-powered bicycle. However, the electric bike did not become popular until recently and has taken off during the COVID pandemic as people look for ways to exercise outside.

Most eBike users have given little to no thought about liability and loss insurance. They assume that their eBike will be covered by their homeowners/auto insurance, just like a regular bicycle. This assumption, in most cases, is not correct.

eBikes just like, hover-boards and motorized scooters may be excluded from coverage (both liability and property) under a conventional homeowners insurance policy.

Why would an eBike be excluded from the same coverage as a conventional bicycle?

Twenty-six states recognize a three-tier classification system for eBikes; at the time of writing, Rhode Island is not one of these states. This classification offers a clear explanation of eBike performance:

Class 1 eBike: is equipped with a motor that provides assistance only when the rider is pedaling (pedal-assist); once the eBike reaches 20 mph, pedal-assist stops leaving the rider to pedal the bike under his/her power.

Class 2 eBike: is equipped with a motor that may be used exclusively to propel the bicycle using a throttle (similar to a motorbike); once the eBike reaches 20 mph, the rider must pedal the bike under his/her power.

Class 3 eBike: is equipped with a motor (and a speedometer) that provides assistance only when the rider is pedaling (pedal-assist); once the eBike reaches 28 mph, pedal-assist stops leaving the rider to pedal the bike under his/her power.

Under the Rhode Island State Statutes

An electric motorized bicycle (eBike) is defined as a motorized bicycle capable of a maximum speed of not more than twenty-five miles per hour. At the time of writing, Rhode Island does not utilize the three-tier classification system.

A person cannot operate an eBike under 16-years of age.

Under the current state law, a Class 3 eBike would be considered illegal because it exceeds the 25 mph maximum speed limit.

eBike’s are not required to be registered.

While you are not required to wear a helmet in Rhode Island, OceanPoint Insurance recommends that you should not ride any bicycle without a helmet and would like to remind you that helmets are always required on bicycle riders aged fifteen and younger.

Under the Massachusetts State Statute
Per Rhode Island, eBikes are classified as motorized bicycles, provided their maximum speed is 25mph. However, eBikes are not subject to the same rules of the road as regular bicycles, and eBike riders must carry an operator’s license or a learner’s permit and are subject to registration requirements.

Helmets are required, and like Rhode Island, there is a 16-year age minimum for eBike riders.

eBikes are not allowed on sidewalks or off-street recreational bicycle paths. 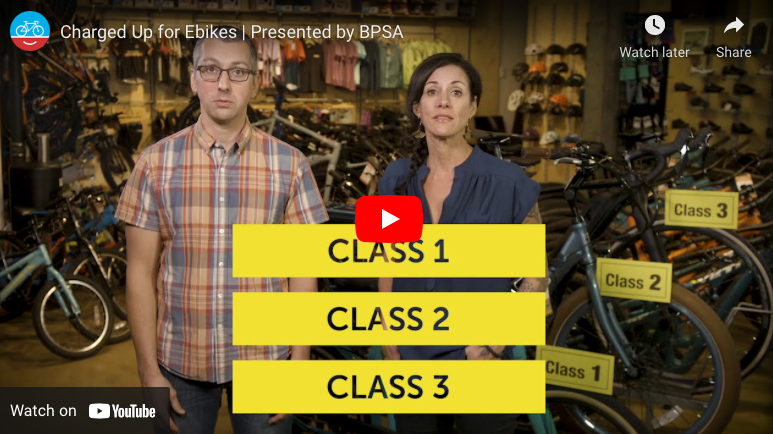 Please do not assume that your homeowners or auto insurance policies will provide liability and theft coverage for your eBike; it is quite probable that they may not.

So, if you own an eBike or are considering purchasing an eBike, please contact your OceanPoint Insurance agent ASAP to ensure that you are covered under your existing policies for both liability and loss (after all, these bikes are quite valuable).

Brooke Shields – The Time for Life Insurance is Now